Santorini is one of the top 10 destinations in the world and a once in a lifetime must visit. Having the opportunity to explore the island, drink some of the finest wines and taste the local delicacies will leave your senses and taste buds in complete satisfaction. A place of ultimate gastronomic experience, the island is truly a culinary paradise! The warm sunlight and the Aegean breeze combined with the island’s fertile volcanic soil nurture the local agricultural products, endowing them with top quality and a unique taste. Treat yourself to some famous traditional products like cherry tomatoes, white egg plants, fava, caper and “hloró tyrí”, a special kind of fresh goat cheese found on the island, or why not try some of the exceptional wines produced from grapes grown in the volcanic soil of the island. In the 70’s, wines produced using the varieties Assyrtiko, (which accountsfor 80% of the island’s production), Athiri and Aidani gained the right to be lawfully acknowledged as VQPRD (Vin de Qualité Produit Dans Une Région Déterminée). The three mentioned along with, Mantilaria and Mavrotragano are just some of the distinctive varieties that you can taste at the island’s famous wineries (some of them operate as a museum as well) or at restaurants. Noteworthy to mention, a white wine named Nykteri, which ages in French oak  barrels for several months and has high alcohol content, owes its name to “nykta” meaning night, to the fact that in the past the vinification procedure would take place at night to eliminate the risk of oxidisation.

Three of the finest wineries are located in Megalochori. A visit in the oldest winery, Gavalas (being more of a wine museum) in the village is worth seeing as you will be told of the vinification process done back in the 19th century. Try their ksenolo a dry red wine made of rare grape varieties such as Mavrotragano, Voudomato and Athiri. Ksenolo is characterized by its vivid personality, velvety taste and a rich nutty bouquet. The wine matures in french oak barrels for a period of 12 months prior to bottling. A little narrow path next to the villa cuts through the vineyards and leads to the Boutary winery with its dazzling white dome that has been voted as one of the 10 architectural wine wonders of the world. Visit for a great wine-tasting or a home-made lunch with Greek delicacies. Also try their Ambeliastos, a red wine made with 100% Mandilaria grape variety. Ampeliastos has beautiful strong and complex aromas of dried fruit, cinnamon and chocolate. Wine-shopping before leaving is a must! The exquisite Venetsanos winery, overlooking the magnificent view of the caldera, is promising for romantic sunsets while sipping Vinsanto. Vinsanto is a wine with a rich gold color and an exceptional aroma achieved thanks to many years of maturation and aging in the bottle and the extra-mature sun-dried white grapes with which it is made. This sweet liquor wine can be found in all wineries but tasting it in a breathtaking spot makes it even sweeter! 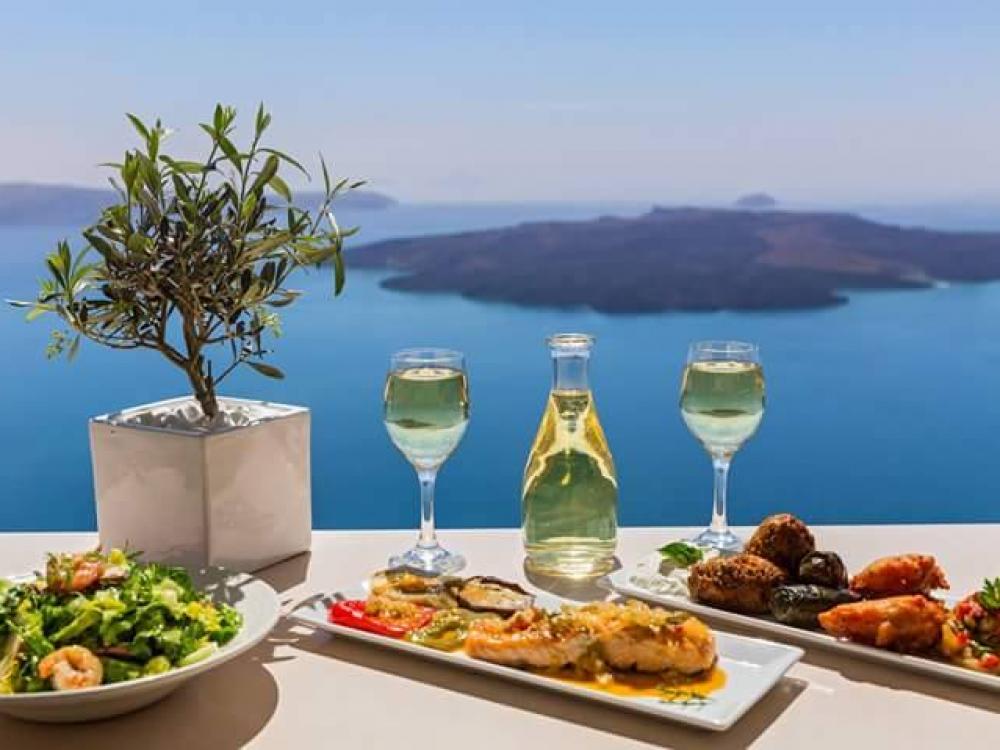 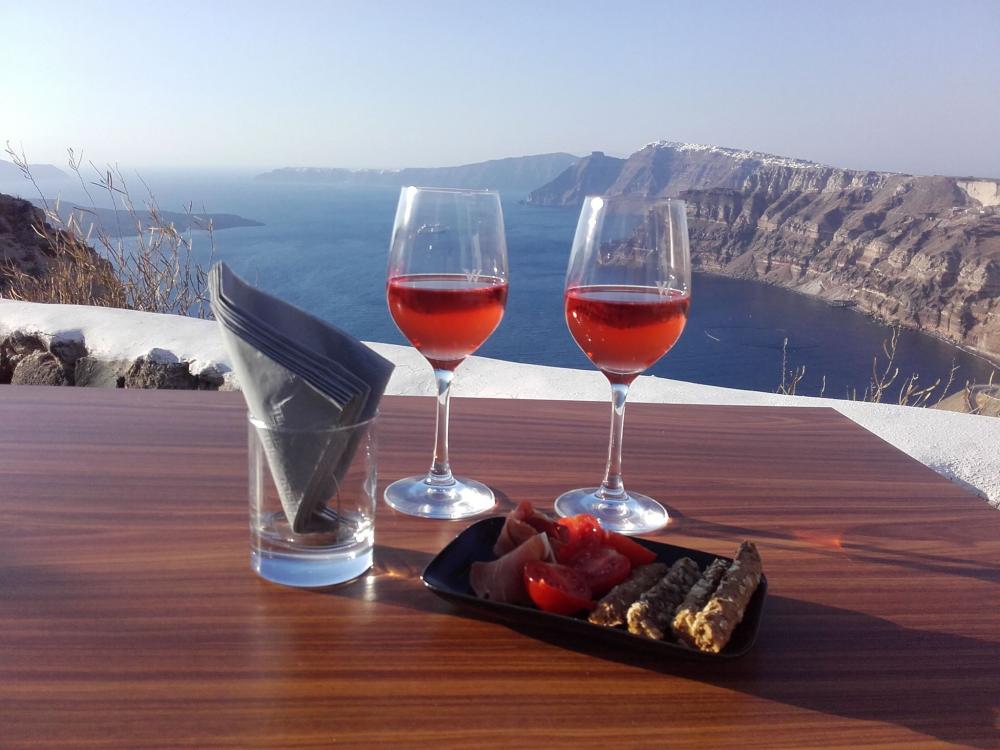 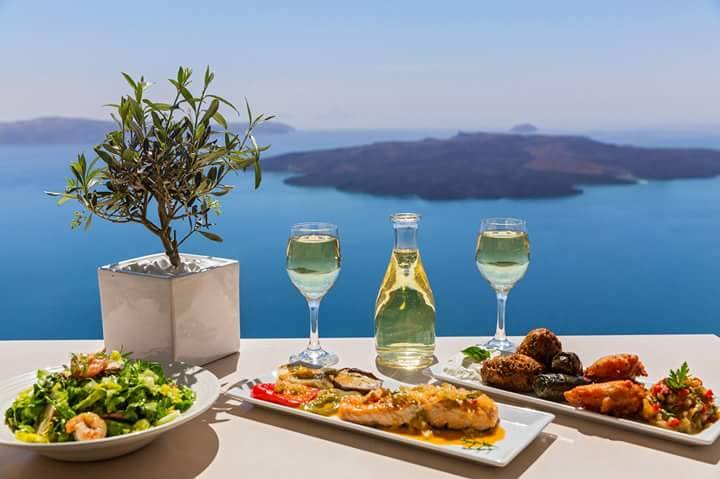 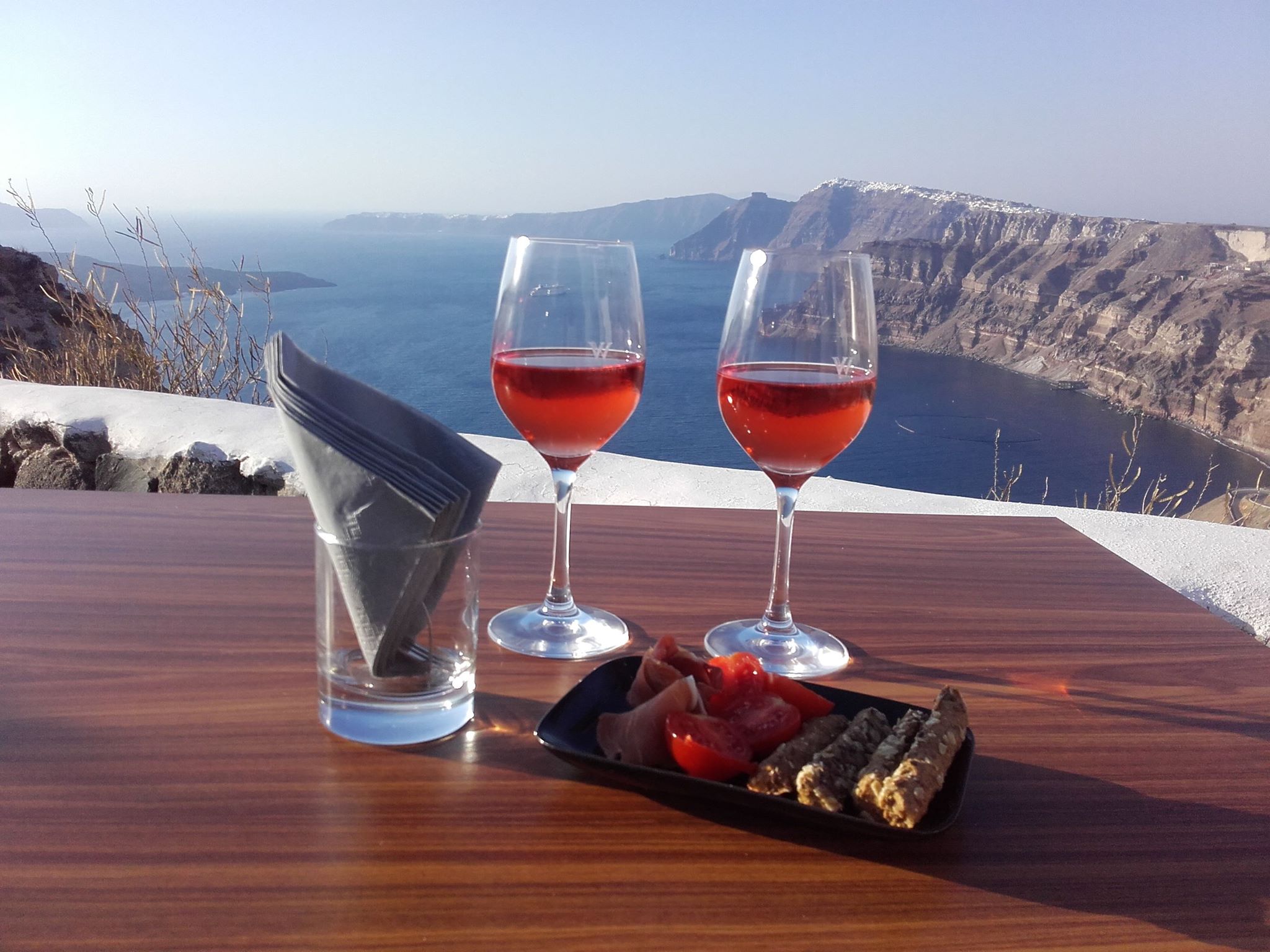